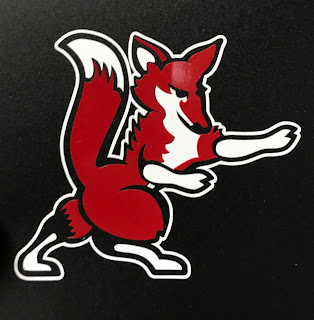 The Red Foxes will get their regular season underway this week, after a rather impressive preseason run.  "We worked hard on our offense during the open-season and I think it showed during the tournament.  Now, I hope we can continue to score runs when the regular season opens on Tuesday."

To kickoff the regular season, the Foxes will travel to Myrtle Beach on Tuesday, March 10.  Game time is 6pm.

The Foxes will be back in action on Friday, as they host Marlboro County in their home regular season opener.  Game time is 6pm.

Coach Starr's Junior Varsity Foxes also played outstanding baseball in the Pee Dee Invitational and are poised to do some serious damage during the regular season.  They'll get their season underway on Wednesday, March 11, when they host the South Florence Bruins for a doubleheader.  Game time for the twinbill will be 5:30.

On Thursday, the JV Foxes will travel to Bennettsville for a matchup with Marlboro County at 6pm.  That's not the end of a big opening week for our JV squad.  On Saturday, March 14, West Florence will come to The Jimmy for a doubleheader.  First pitch is set for noon.

Coach Willie Austin's Middle School Foxes will also start regular season play this week.  On Monday, they'll travel to Wilson High School to take on Williams Middle.  Game time is 5:30.  Later in the week, the MS Foxes are set to take part in the Raw Town Rumble in Cheraw.  Their first game of the tournament will be on Thursday at 5:30 against Andrew Jackson.  Then, on Saturday, the MS Foxes will play New Heights at 9:30am, before embarking on bracket play later in the day.

The Week That Was in Red Fox Baseball.....

On Monday, March 2, the JV and Varsity Red Foxes continued play in the Pee Dee Invitational.  Both teams went 2-0, devastating opponents by a combined score of 48-2, in the tournament's first weekend of play.

It was more of the same for Coach Gainey's crew against South Florence.  The Red Foxes pounded out 9 hits in a 14-3 route.  Mykal Mack was the winning pitcher for the Foxes.  3B Cam Cannarella continued his hot play with 4 RBIs.  SS Owen Taylor had 2 extra-base hits, including a home run.

While the JV team continued their winning ways, they did not cruise to victory against County and Conference foe Darlington.  The final was 3-1.  John Alexander picked up the win, while Garrett Parker led the team offensively.


Join Us At The Jimmy!
Jimmy White Park at Kelleytown Stadium, aka The Jimmy, in Hartsville, SC is the host site for the annual Southeastern Baseball Classic.  The mission of the Southeastern Baseball Classic to promote the game of baseball, to enhance the lives of athletes through competition and scholarship, and to involve the community by assembling sportsmen in tournament play.

To visit the official SBC home page, click here.  "Join Us At The Jimmy" is a blog associated with the Southeastern Baseball Classic and its goal is to make people more aware of teams and players visiting Hartsville for the SBC, as well as introducing our guests to the traditions and uniqueness of our town and tournament.
at March 07, 2020