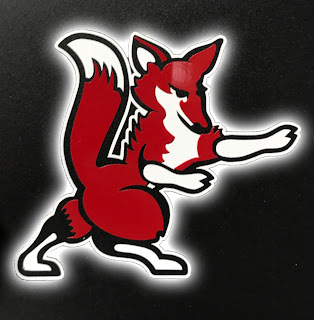 This Week in Red Fox Baseball...

Coach Tony Gainey's Varsity Red Foxes will take the field for their first games at Georgetown's IP Classic beginning on Thursday, March 11.  The Red Foxes will play Carolina Forest on Thursday at 3pm.  They'll be back in action on Friday at 7pm against Georgetown and then back at it again on Saturday at 11am versus Brookland-Cayce.  The IP Classic Championship Game is slated for Sunday at 2pm.  All IP Classic games will be played at Mike Johnson Park located at 1600 Emanuel Street in Georgetown.

The Week That Was In Red Fox Baseball...

The JV Foxes opened play on Friday, March 5, in the Pee Dee Invitational against Marlboro County,  The game started out as a defensive battle, with McKendrie Douglas and Marlboro County's Layton Hardee holding the opposing batters at bay through the first two innings.  With two outs in the bottom of the second and the Foxes up 1-0, the proverbial flood gates opened.  Led by the fleet-footed Jace Atkinson and a pair of run-producing infield hits by Dawson McKimmey, the Foxes scored 14 runs with two outs in what would be the final frame of the game.

On Saturday, the JV Foxes played their second game of the Pee Dee Invitational.  Powered by a serious of walks and hits batsmen, as well as some sweet-swinging by John Alexander and Curtis Lear, the Foxes topped the Wilson Tigers, 23-1.  Andrew Askins picked up the win in a very efficient outing.